It is exceptional that an inventor or engineer could constantly influence development during his life, within so wide a field as electrical science and in such a way that from each individual starting point in the inventor’s life could follow new and revolutionary inventions such as power technology, radio and television. Witness how electronics developed with new types of electron tubes, and how semiconductor technology makes its revolutionary entry and allows modern computer technology.
An individual-centered description of the development of electrotechnology relating to the first half of the twentieth century is however possible, if one chooses Dr. Ernst F.W. Alexanderson as a starting point for the narration.

Alexanderson was a Swede by birth and had already received a Master of Engineering when he arrived in the USA in the year 1901. This was the time when the first successful experiments to distribute electrical currents over long distances were approximately ten years old. Yet, even in this short time span, electricity as a power source had been widely introduced. Apart from illumination, electric power came to replace earlier sources in mines, the iron industry, saw mills and the pulp industry. Within communications and the chemical industry electric power gained new areas of application.

Some years before the turn of the century, Marconi succeeded in transmitting Morse signals over longer and longer distances. Wireless telegraphy was born and became another example of the conquests of electricity.

Alexanderson came to the USA at a time when electrical power totally dominated development within electrical technology. No one at that time anticipated the explosive developments to come, first in wireless telegraphy and later in voice broadcasting with John Ambrose Fleming’s invention of the first electron tube, the diode. No one could anticipate the origin of what today is called electronics, which now extends to all areas of technology.

Alexanderson died in the year 1975, and in his lifetime had, except during his sickness in his final years, not only experienced but also in various ways contributed to development in all the various areas of electricity. He thus worked with the design of generators and motors, transfer of high tension dc power, control technology, telegraphy and telephony, radio and television and computers. During both the First and Second World Wars he contributed with innovations in the military area, such as electric propulsion of boats, aids for airport landing in fog and pulse-echo equipment for identification of grenade fire.
During the period 1905-1964, with exceptions for the years 1945, 1954 and 1960, he was granted new patents each year. The final patent was granted in the year 1973. In total he received 344 patents.

By following his activity during the first half of the century one gets a good picture of the evolution of electricity and its impact on people’s living conditions. I will therefore try to describe how his initiatives in various fields came to influence, not only within the USA, his own company or his technical field, but also within society as a whole. But first I intend to build a personal picture.

A PERSONAL PORTRAIT
Ernst Fredrik Werner Alexanderson was born on January 25, 1878 at Uppsala, Sweden. His father, Professor Aron Martin,  Jwas a philologist of the classics, and, from 1868, senior lecturer in the Greek language and literature at Uppsala University, professor in classical languages at Lund University from 1879 and finally, at Lund, general professor in the Greek language and literature, and the University’s deputy vice chancellor from 1904 to 1906, when he retired with pension. Ernst Alexanderson’s mother, Amelie von Heidenstam, was a cousin to the author Verner von Heidenstam.

He, Ernst, gained the General Certificate of Education at the secondary grammar school in Lund, 1896, and then studied at the University of Lund, and further, in 1897 at the Royal Technical University of Stockholm, where he graduated in the year 1900. He continued his studies of electro-technics at the Technische Hochschule in Berlin-Charlottenburg in 1900-01. On the third of August, 1901, he got a certificate entitling him to travel to the United States, where he finally became an American citizen.

Over the years, he achieved many marks of distinction. He was a member and, for a period, President of the American Institute of Electrical Engineers (AIEE). In 1920 he was called to be a member of the Physiographical Society of Lund and, in 1924, to membership in the Royal Academy of Engineering Sciences. Finally, in 1934, he became a member of the Royal Academy of Sciences, Stockholm.
Alexanderson received the John Ericsson Medal in the year 1919 and the same year he was granted the American AIEE’s Gold Medal of Honor. The Royal Technical University in Stockholm (Tekniska Högskolan) honored him with the Cedergren Medal in 1944. At the same time he received the Edison Medal of the AIEE. 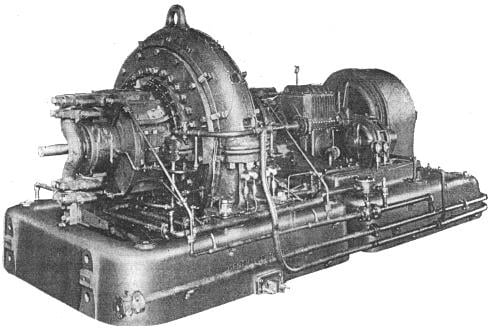 Ernst Alexanderson was married three times. First in 1909 to Edith B. Lewin, who died in 1912. He married again in 1914, to Gertrude Robart, who died in 1948. In the year 1949 he was married for the third time, to Thyra Oxehufwud. By his first two marriages he had four children. Ernst E W. Alexanderson died on May 14, 1975 in the town of Schenectady, New York State, USA, where he had lived and worked most of his life.

STUDENT YEARS
When Alexanderson studied at the Royal Technical University in the years 1897-1900, those who intended to be electrical engineers and those who pursued mechanical engineering studied together the first two years. It was during the third year that the course content was changed and electrical engineers gained the opportunity to study practical and theoretical electricity, together with 21 other subjects. The grading was set on a scale of 0 to 7. Alexanderson’s graduation certificate showed an average of “6.” That was the best certificate given at the technical university in 1900. Alexanderson’s sound knowledge of theoretical and practical mechanics without a doubt contributed to his later successes as a designer in electro mechanics.

To get a job as a trainee was not a problem for a well-educated engineer at the turn of the century. Thus, Göran Wenström, brother to Jonas [see p. 10] offered him a job at ASEA’s test department in Västerås in the summer of 1900. The salary offered was 20 öre (at today’s exchange rate, about 3 cents/hour) for at least three month’s training. If he wanted to commit himself for a year, he could count on 40 öre per hour.

After his time as a student in the summer of 1900, Alexanderson traveled to the Technical University of Berlin-Charlottenburg. This university then had many well-known teachers in electro technology. There he gained a deeper knowledge of current possibilities in the wireless transfer of telegraph signals. His teacher was none other than Professor Adolf Slaby, a pupil of Heinrich Hertz who was the first to experimentally prove the existence of electromagnetic waves. Slaby’s subject was called electrophysics and also covered “radio technology.”

Adolf Slaby had already busied himself with wireless telegraphy, when in the year 1897 he traveled to Great Britain in order, if possible, to take a part in Marconi’s experiments. Chief engineer Sir William Preece at England’s General Post Office gave him permission to participate in Marconi’s successful experiments with wireless telegraphy at Lavernock Point in Wales.

Slaby and his assistant Georg von Arco together prepared a system for wireless telegraphy which came to constitute the basis for the German company Telefunken.

In this way while in Berlin the young Ernst Alexanderson gained a good grasp of knowledge, at that time, in the area of electro-technology.